“There are no true words of healing that one can give to the families, friends and loved ones who lost someone 15 years ago on September 11,” said Williams, who represents the predominantly Caribbean 45th Council District in Brooklyn.

“I pray that, with time, they’ve experienced a gradual healing and achieved peace of mind,” added Williams, deputy leader of New York City Council. “Time passes, sometimes memories begin to fade, but the impression of the tragedy that took place on September 11 will forever be an unforgettable moment in time.

Williams noted that New York City, along with the rest of the world, was brought to a standstill when the devastating news broke that there had been a major attack on one of the most popular sought-after tourist attractions in the world.

“The City has made great strides in its attempt to rebuild what terrorists had sought to destroy,” he said. “We will continue to hold our heads high and let those who wish to do us harm know that we will forever stand firm, strong and honored to be an American.

“Tragedy can sometimes discourage a nation, but, with commitment, unity and tenacity, I am solidified in my belief that New York will forever remain powerful in its stance against destructive behavior,” he added. 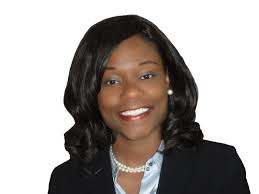 Bichotte, who represents the 42nd Assembly District in Brooklyn, said the Freedom Towers, which replaced the World Trade Center in New York City, “have risen in the place of the rubble, and a National Memorial and Museum stand to commemorate the events that transpired, and the people we lost, and the people who helped.

“Each year on the anniversary, I reflect on and remember those brave souls that were our first responders – firefighters, police officers and medical personnel – and all of us who lost loved ones,” she said.

“Although, 9/11 was an unthinkable tragedy, that day also demonstrated the great capacity that we have as human beings to show compassion and care in the wake of tremendous adversity,” Bichotte added.