CASTRIES, St. Lucia, Oct 1, CMC – The St. Lucia government says it is seeking assistance from regional and international organisations and governments for the agricultural sector that was battered by Tropical Storm Matthew earlier this week.

“We are going to put all our efforts into revitalizing the agriculture sector as quickly as possible,” Prime Minister Chastanet told reporters as he toured the areas on Friday.

Officials estimate that the damage to the sector caused by the storm, could be as high as 80 per cent and Chastanet said he has already held discussions with several agencies to aid in the recovery efforts. 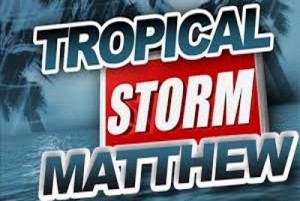 “The Minister of Agriculture and I have spoken at length about the way forward and this government has already had discussions with the Caribbean Development Bank (CDB) and some countries that have already been assisting us with agriculture.

“We have made very good inroads with the United Kingdom market and the supermarket chains there. We will also be testing out the French market in January with 3000 boxes a week,” he said, adding “obviously this event will affect that but we know that the demand is there and the market is there and we are working on making it happen”

Chastanet said it was imperative to get “production going as soon as possible.

“We have reached out to donor countries, the Mexicans, the Moroccans and the Taiwanese,” he said, stressing the island needs to build a more resilient and sustainable agricultural sector and operate a surplus government so it can assist ourselves in such situations.

“Agriculture is an immense revenue earner for this country and a lot of families depend on this income.I know that they have felt in the past that they are on their own, but this government will not let them down and we are committed to the long term development of agriculture in this country.”

More in this category: « Trinidad Unions want end to public spat between President and PM Bahamian students airlifted from Jamaica as storm approaches »