PORT AU PRINCE, Haiti, Aug 17, CMC – Haiti has recorded its first case of microcephaly, the birth defect that is linked to the mosquito-borne Zika virus.

Director General at the Ministry of Public Health and Population, Gabriel Thimothe, said the case was confirmed over the last weekend by the United States Centers for Disease Control and Prevention (CDC). 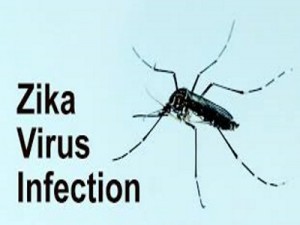 The health authorities here said that the baby with Zika-linked microcephaly was born in the city of Mirebalais earlier this year.

The US-based Partners in Health and the Haiti-based Zanmi Lasante, said in a joint statement earlier this month that two babies had been born with microcephaly in their University Hospital Mirebalais.

Haiti has confirmed 14 cases of the birth defect since March, up from previous reports of two cases,

The CDC has said that Haiti has recorded nearly 3,000 Zika cases.

More in this category: « Yet another case of Zika-related Guillain-Barré syndrome confirmed Gastrointestinal cancers on the rise in St. Lucia »