MIAMI,  Florida, February 9, 2021 - Consider 1: “It should be borne in mind that there is nothing more difficult to arrange, more doubtful of success, and more dangerous to carry through than initiating changes in a state’s constitution. The innovator makes enemies of all those who prospered under the old order …” Machiavelli: “The Prince”. Manuscript: 1510, published 1532. Consider 2: “Society, unlike biochemical processes, does not escape human influences. Man is what brings society into being.” Frantz Fanon: “Peau noire, masques blancs” or “Black skin, white masks”. Published 1952.

Any gathering of Guyanese émigrés whether in London, New York, Toronto, at a Pub or restaurant, watching Test Cricket at Bourda, Kensington Oval or Sabina Park — almost inevitably — the issue arises: Guyana’s potential, immense economic potential. Then, again usually, the utterly predictable occurs as someone remarks: “… we’ve been hearing this refrain forever! When shall potential become reality?”. Undoubtedly, this was the situation at kickoff — the very beginning of European imperial expansion in the hunt for El Dorado.

Today, there’s an amazing opportunity for this vaunted, hitherto elusive potential actually converting to its kinetic form, it’s about to become reality! Indeed, IMF projections suggest 2020 economic growth outcome for the country may be a whopping 86%. The bulk of this is attributable to oil and gas.

Furthermore, while we remain convinced there is no necessity for development to always be inimical to environmental sustenance, environmentalists insist on constantly ringing alarm bells! I share this concern, passionately. Devastation however, is by no means inevitable, even within our current scientific knowledge. It’s implementation that truly matters!

These feelings of concern, in part identify a dilemma or more precisely, quandaries: fear of the so-called Dutch disease, unease and suspicion related to official corruption — recall President Trump advocated repeal of the 1977 law that makes it illegal for US Corporations to bribe foreign officials — and the backdrop of turmoil and likely unrest presented by behaviours and prolonged uncertainty after the last election. And, who knows, what else?

Central to all this, however is one fact — and it is indeed a fact — ‘Winner-Take-All’ politics has become alarmingly prevalent in Commonwealth Caribbean States. This ‘politics of exclusion’, derives from a political culture in which the party that succeeds, banishes the Opposition, along with all its supporters, to the wilderness. 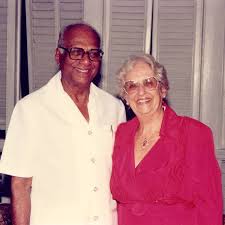 With popular support overwhelming, the Party won 18 of 24 elected seats in the Legislature having contested only 22 — the PPP had no funds to contest the other two.

Former President of Guyana Linden Forbes BurnhamYet, almost immediately, a mere 133 days into the experiment, Britain suspended the constitution. The reforms and “radical” policies the new regime espoused included recognition of trades unions on the basis of workers’ majority vote! The colonial oligarchy, planters, merchants and Bookers were under threat.

Britain thus exploited the racial divide as the prospect of independence and control of the country’s resources were up for grabs. Turmoil ensued as divide-and-rule colonial policy, exacerbated by American Cold War fears, finally led to destabilizing interference culminating in 1962 with catastrophic disturbances.

This story is too long for discussion here but a rudimentary grasp of antecedents is necessary if Guyana’s fundamental problems are not to appear intractable, permanent. Let’s note: nothing comparably catastrophic has occurred since. This is a good thing — a sign, weak though it is, of potential for healing. In the shadow of prolonged uncertainty following last year’s elections, a cohort of Guyanese witnessed the toxic bile of racial politics for the first time in more than half a century.

The challenges oil and gas reserves — a non-renewable resource — present are many. Apart from the well understood burden of managing sudden surges of cash, obvious difficulties include:

With this admittedly partial list of difficulties to be confronted, Part 2 discusses central issues required to establish a critical mass for sustainable economic and social development, economic policy to manage the new bounty of revenues with emphasis on broad societal equity, as well as measures to improve and sustain functional institutional structures.

More in this category: « UNITED STATES | All eyes are on you President Biden A Pathway to Guyanese and Caribbean Excellence in Mathematics »