Chinese medical shipment to Venezuela | Reuters
A total of 69 tons of medicines and health supplies sent from the People's Republic of China arrived Monday in Venezuela, adding up to the previous 200 tons that have been sent in the past. 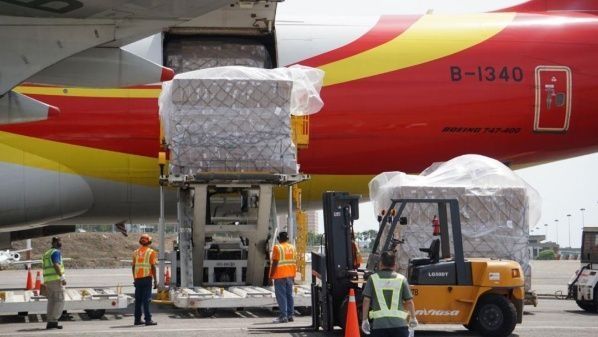 China's assistance has been one of the various agreements the Venezuelan government has reached with other countries and international organization in order to guarantee the availability of medicines in the country.

Both Venezuela and China maintain close political and economic ties and have so for several years. China, along with Russia, has defended Venezuela at many U.N. Security Council meetings in which the U.S. and its allies attempt to pass resolutions against the Bolivarian Republic.

More in this category: « Russia Says Ready to Play Role in Venezuela Talks in Oslo How Venezuelans Turn to Collective Action to Defy US Blockade »