President David Granger told the Caribbean Media Corporation (CMC) that he is hoping that the Ban would outline the curse before he demits office in four months. 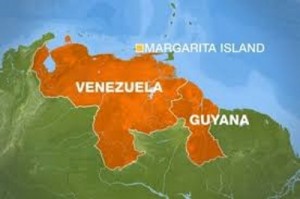 “…In the case of Venezuela I am very confident we will get a declaration at this 37th meeting (of CARICOM leaders) supporting Guyana,” Granger said, adding that Georgetown was looking forward to the United Nations Secretary General “to choose a course to take the controversy to a juridical settlement and we hope he does it within the next four months before he demits office.

“So that is where we are at now, this is what is on the table for CARICOM and we are very fortunate at the last heads of governments meeting in Barbados to get Venezuela to withdraw the obnoxious decree that it promulgated and change it.

“But right now we are not satisfied but CARICOM is aware of the developments which has been taking place and is in full support of Guyana’s sovereignty,” he said, adding “as far as the Venezuela claim is concerned this is something that was not necessarily invented for the petroleum matter, it has been bothering Guyana for the last 50 years and we want to bring it to a juridical conclusion at this point in time”.

Guyana and Venezuela have had a century old border dispute with Caracas claiming two-thirds of the Caribbean Community (CARICOM) country.

But the issue flared up recently during the exploration for oil in Guyana territorial waters and the country recently announced that it had discovered more than one billion barrels of oil.

Granger said that while Ban is not a judge or an arbitrator “he can choose a course for the peaceful resolution of the controversy.

“That’s his job, simply to select a course and it is up to Guyana and Venezuela to pursue that course and our selection is the course that will take us to the court.

“So Mr. Ban Ki-moon all he has to do within the remaining months and weeks of his office is to select a course that does not involve warfare.”

Regarding the oil discovery, Granger said he is pleased that Suriname and Trinidad and Tobago have signalled their intention to help his country develop the industry, saying the discovery is “important for Guyana.

“We have a strong agricultural base in sugar and rice and we have some, obviously, abundant resources in gold and diamonds and bauxite. But we want to develop the mineral sector and the petroleum is good for us,” he added.

“So we expect that within CARICOM we will be able to bring our collective experience and expertise to bear. Our two neighbours, Suriname and Trinidad have come forward and I am sure that in years to come the Caribbean Community will become a major mineral base economy,” Granger told CMC.